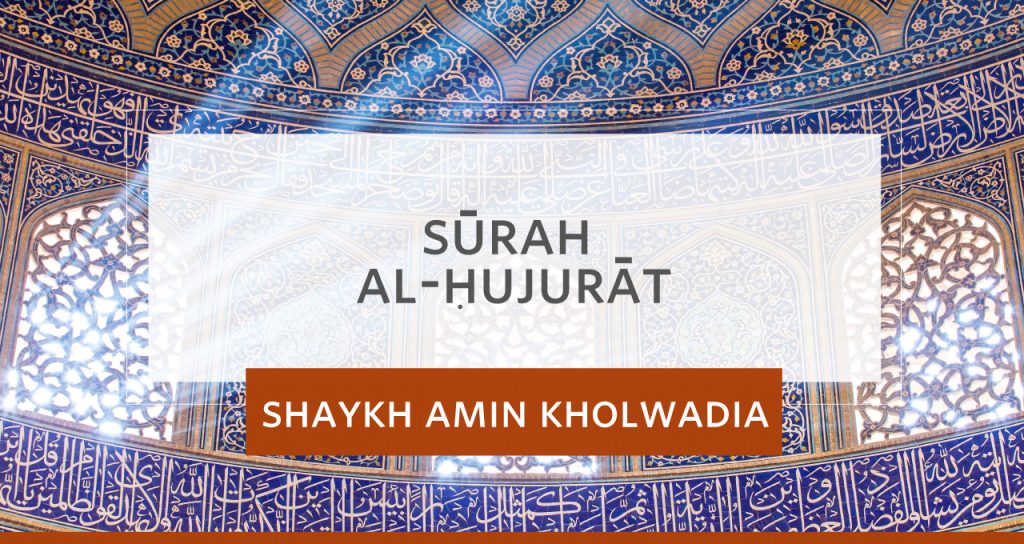 Jahannam is a thing, a being, that has its own life with an ability to respond to the commands of Allah ﷻ.

Allah ﷻ wants human beings to take heed of those human phases of existence that human beings cannot perceive with their senses.

Nobody enters Jannah solely because of their good deeds. It has to be accompanied by Allah honoring them with it and willing it for them. This happened to the Rasūl ﷺ.

It is not as if Allah doesn’t know you commit sins. It is in your imperfection that you must make tawbah and come to Him, as awwāb.

Why would you fear the Rahmān (have khashyah) if the Rahmān is all merciful? We have to be in awe of him because of His Grandeur, Magnificence and His Presence.

When you read the Quran, take a step back and think what the Word is saying. If you say you’ve understood it, then you haven’t understood anything. Pause. And think.

In this lecture:
Previous PostSūrah Qāf (50) Session 3Next PostThe Ḥanafī-Māturīdī as an Islamic Worldview Orientation