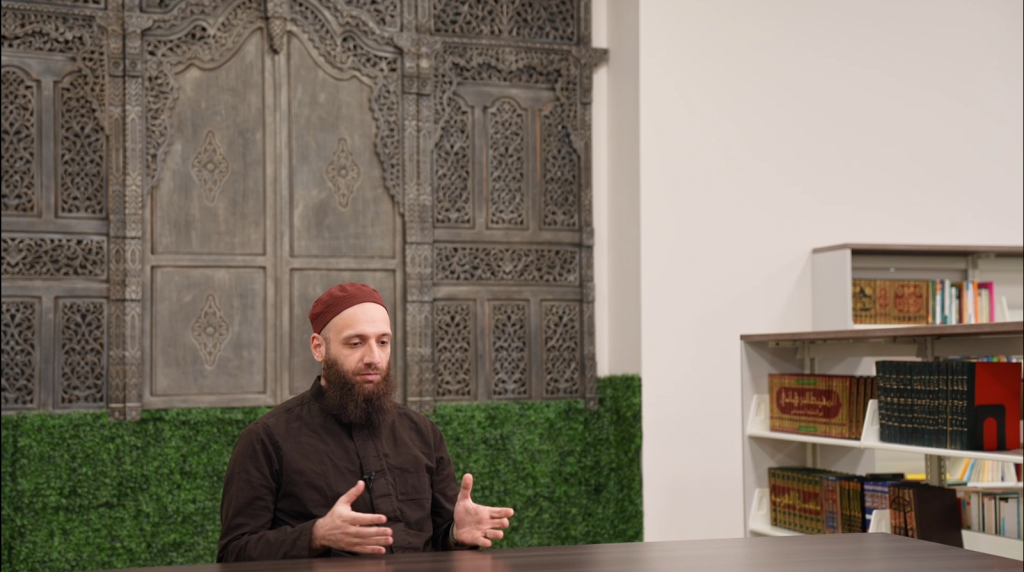 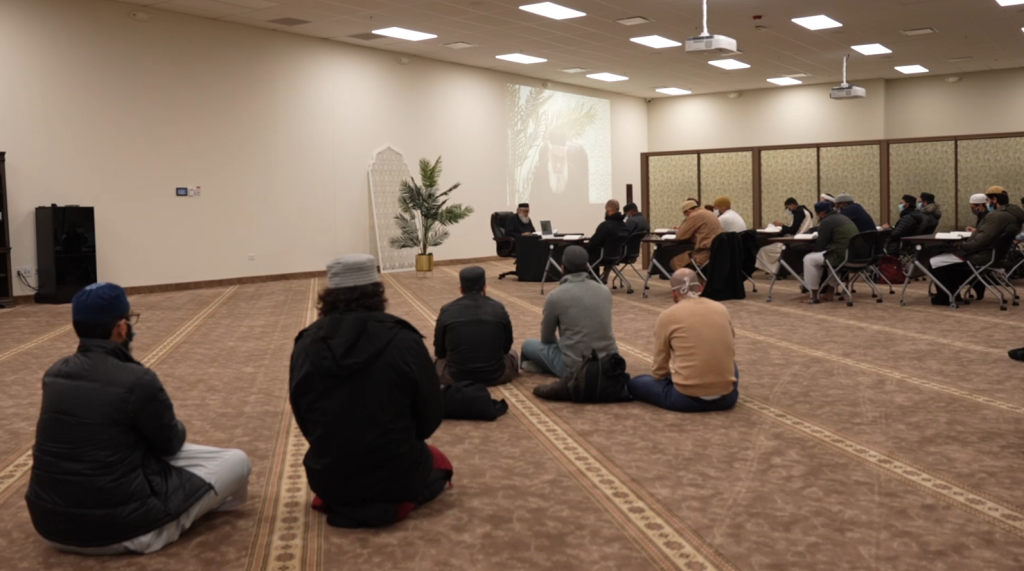 “I see Darul Qasim as being a place that has the potential not just to transform individuals, but also society as a whole.[…] Because what we are trying to do here is […] not just teach students the bare bones, dry fiqh […] and this is what you believe… and things like that.  But getting them to think about Islam in a particular way” and “thinking about Islam as a part of this larger tradition of 1400 years. We are all standing on the shoulders of giants.”

Like many students in the quest for furthering their Islamic knowledge, Firas had the passion, but did not know where to go. “This led to more than a few mistakes in how I approached the deen individually and communally.” It was only when he met Shaykh Amin that his proper quest for knowledge began and he started to understand “how vast the Islamic tradition is and how much I have to learn.” His encounter with Shaykh Amin and coming across Darul Qasim he recollects was almost accidental. “Someone recommended I reach out to Shaykh Amin. I met with him once and haven’t looked back since.”

Alongside teaching at Darul Qasim, Ustadh Firas is pursuing his PhD. He reflects on being in both spaces, “[…] as somebody who teaches here, but I’m also doing my PhD in academia and seeing the fundamental difference in the way that we acquire knowledge. […] At Darul Qasim being able to have teachers again who are coming from different parts of the Muslim world and being connected to all of these different chains, that ultimately go back to the Prophet Muhammad ﷺ is something that is absolutely very special.”

Getting to Know Ustadh Firas 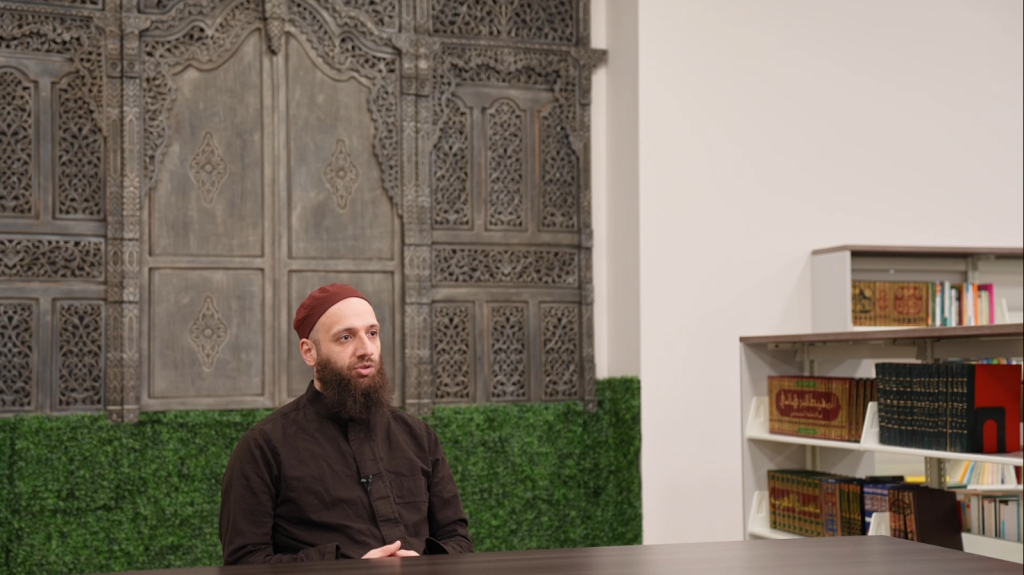 When it comes to teaching, Firas loves teaching history. He loves how “it allows us to situate ourselves in relation to a vast intellectual and social tradition. We sometimes act as if the times we live in are unprecedented, but the reality is we’ve dealt with some form of all of this before. The scholars of the past relied upon the Islamic tradition to navigate through calamities even more devastating than whatever we deal with today.”   A scholar from the past that continues to influence him today is the Ottoman scholar Molla Şemseddin Fenari. “He lived in a time when the Islamic intellectual tradition had yet to fully take hold in Anatolia, so he studied throughout the Middle East, came back home and worked towards establishing the ‘ilmiyye in Ottoman lands.”

When Ustadh Firas is not teaching or studying he enjoys doing a lot of woodworking. He enjoys the challenge of building new things and trying to incorporate various aesthetic influences into his work. He’s also an avid reader. Outside of books on history and political theory, he says “I enjoy science fiction. Hitchhiker’s Guide to the Galaxy is a perfect mix of sci-fi and humor.  The most interesting place that he has traveled to is Al-Quds. He says “Besides being the site where all the prophets congregated behind Rasulullah, the thousands of years of history that you walk through in the Old City is unlike anything I’ve ever seen.”

Telling the Story of Darul Qasim 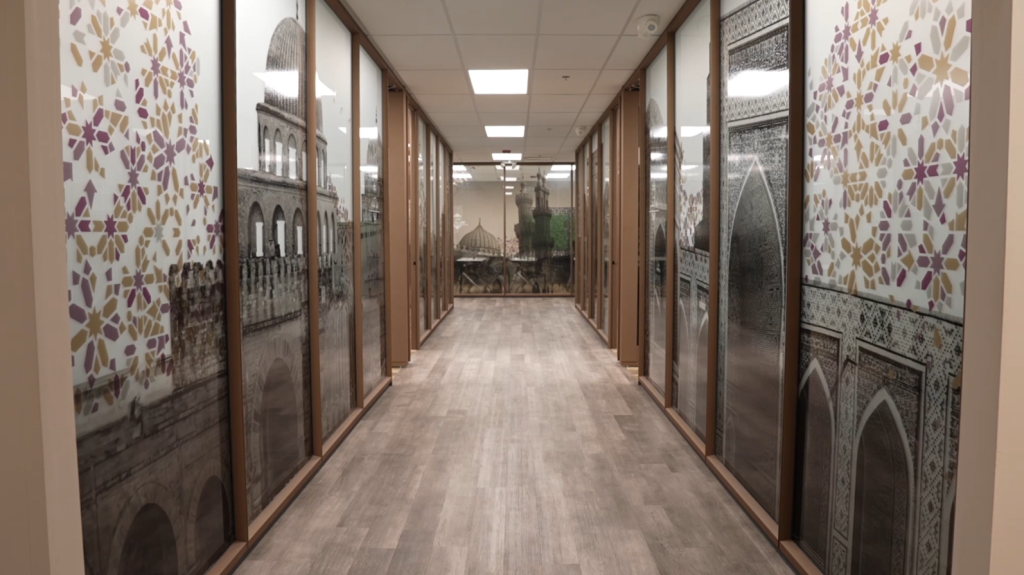 Ustadh Firas Alkhateeb reminds us that walking through the gate of knowledge requires not only acknowledging, but actively learning from the intellectual and spiritual giants whose shoulders we continue to stand upon. He reminds us that while many university libraries are several times the size of Darul Qasim’s library and have lots of dry textbooks, they lack “the people who have the keys to be able to unlock them.” At Darul Qasim, we sit in the presence of teachers who teach books that they have read with their teachers, “going back to the author of the book in the first place and then the author of that book is going back from where he learned, all the way back to the Prophet Muhammad ﷺ.” The story of Darul Qasim is crucial and necessary  in these times. We must tell this story because:

“Too many people are unaware of the depth of the Islamic sciences. My generation was brought up on a lot of platitudes and slogans and we simply assumed that’s what Islam was for a very long time. More people need to be exposed to how the Islamic sciences work so they gain an appreciation for what the Prophet ﷺ left for us.”