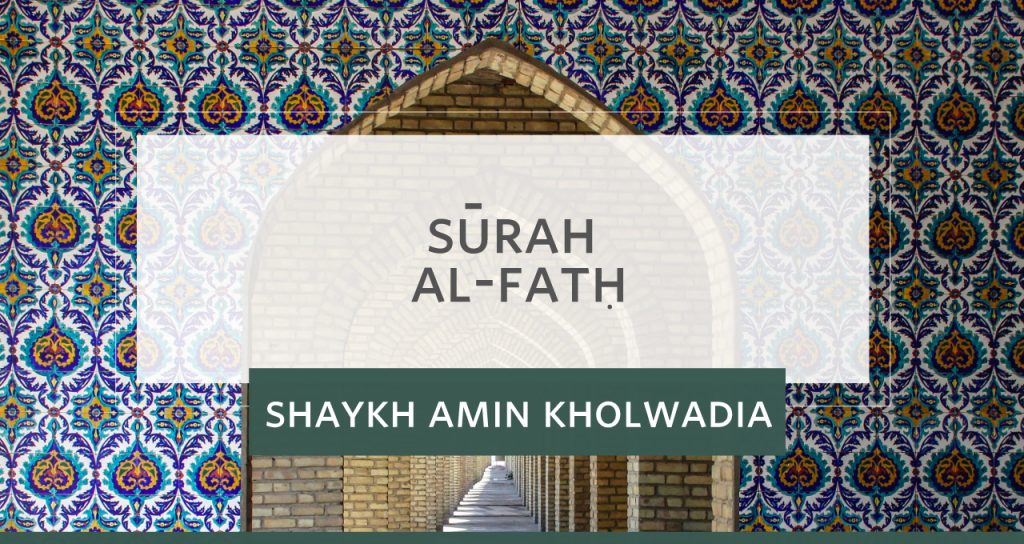 We have your ordinary level of engagement which is ‘adl, and the higher level of engagement which is ihsān (through self-restraint). ‘Adl and ihsān were two ways Prophet and sahaba could have approached Hudaybiyya. For sahaba to have attacked Qur’aysh for denying them umrah would have been ‘adl. But sahaba chose a higher approach of having the foresight to plan with ihsān by not attacking Quraysh and sacrificing one umrah for opening access to millions of umrahs for the ummah.

By the Prophet ﷺ and sahaba being strategic, organizing, and planning they were able to reach victory. There is always cause and effect in the dunya. We can’t rely on dhikr and tahajjud alone. We also need to apply our ‘aql. Sunnatullah is to also follow the rules of the dunya by using strategy. This is in addition to duas and dhikr.

Killing and fighting is never the ideal. The goal is to establish peace and security in the land at all times.  In this country, we have the nimah of freedom of religion (like the treaty). But we see how this country portrays Muslims beyond the constitution (like the treaty). If we want Islam to spread here we need to take advantage of our nimah and strategize, plan, organize.

Divine sakīnah is an active state that makes you stronger, not weaker. In this lecture: