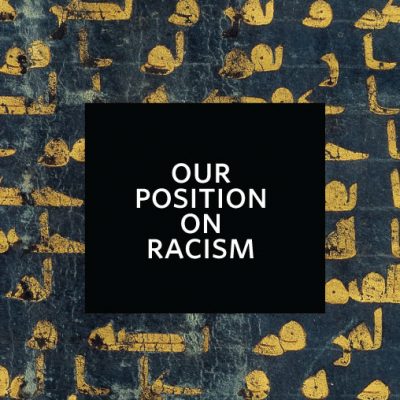 Darul Qasim condemns the senseless and vicious killing of George Floyd. Likewise, Darul Qasim condemns all similar killings such as those of Ahmaud Arbery, Breonna Taylor, Eric Garner, Jamar Clark. This condemnation is shared by national and global communities.

We see racism as a disease rooted in arrogance and ignorance that has manifested itself within American society for over 400 years. Darul Qasim also recognizes that the disease of racism permeates within mainstream societies globally and exists in every sector of life. Darul Qasim stands against every type of racism in every sector of life including, but not limited to, the educational, economic, religious, social and political sectors.

We believe we all need to work towards eradicating this disease through our respective roles in the communities in which we live. Policy makers should do their utmost to implement policies that eradicate structural racism and the business community should facilitate egalitarian opportunities for earning. We are supportive of those protesting against the systemic racism currently existing in the United States against African Americans. We also believe there is a broader global discussion needed to address the issue of racism. Our role at Darul Qasim is in the realm of education.  We believe one of the sources of the cure to the disease of racism is rooted in knowledge that can be derived from the Prophethood of Muhammad ﷺ. When faced with difficult challenges, Muslims appreciate the relevance of Prophetic knowledge to these challenges in the world around them.

As an academic institution of higher Islamic learning, Darul Qasim facilitates the teaching of Prophetic knowledge that directly addresses the arrogance and ignorance at the root of racism.  Prophet Muhammad ﷺ taught Muslims that superiority in nobility among human beings is defined by taqwa (God consciousness) and good actions. It is not based on race or ethnicity.

Darul Qasim is dedicated to promoting the universal message of Islam by distributing knowledge derived from the Prophethood of Muhammad ﷺ and by promoting respectful coexistence with others, irrespective of race or religion, as an essential Islamic civilizational value. As Darul Qasim exists in Illinois, USA, we believe we can play a role here at home and bring about this universal message to Chicagoland and the rest of the country.

Darul Qasim Board and Administration